The American Legion Honor Guard of Post 057 is looking for a few good veterans.  We need to beef up our ranks in order to serve the Veterans and their families at memorials, funerals, flag presentations and to teach proper flag etiquette in our public schools and other organizations.  The Post will pay for your uniform, your yearly dues and gas when attending an Honor Guard event.  We serve all of Columbia County and will often require weekend services.

Some within our ranks have been doing this for years and are now having medical problems and cannot perform as they once did.  This is a program that is at the heart of being a member of this post and service to our fellow veterans.  We provide full service funerals from the American Legion funeral service manual, folding the flag, rifle salute and playing of taps.  Please give this serious thought and come and join us.  This invitation is open to every organization within the American Legion, including the Auxiliary, Riders and the Sons of the American Legion.  Contact Dan, the Honor Guard Commander, at 386-754-3744, you will not regret it.

For God, Country and Community

Dan Bedingfield, Commander of the Guard 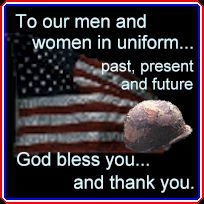 After the Chaplin delivered the opening prayer the flags were posted by the Honor Guard and the pledge of Allegiance was led by the Honor Guard Commander.  Colonel Pendergrast then presented a short speech after which the Purple Heart Medals were presented to Rocky Rhodes, James O. Smith, George McDonough and Frank Turosik. The staff of the Domiciliary provided refreshments and many of the residents were in attendance to view the recipients and congratulate their brothers in arms at the end of the ceremony.  Although the presentation of the Purple Heart Medals were long overdue they were not forgotten.

On September 11, the Honor Guard posted the colors at the American Legion Hall in honor of Patriots Day.  Commander Sutherland let the Pledge of Allegiance to the Flag and Chaplin Bill Malloy led the audience in prayer.  A meal was then served to those in attendance.

On Friday, September 19 the Honor Guard Commander along with Charlie Lehman held the POW/MIA ceremony at the VA Hospital here in Lake City.  In attendance were Veterans, guests and dignitaries of various Government Officials that had acknowledged the proceedings in letters that were read by those representing them.  Also present were the Mayor of Lake City, the Chief of the Lake City Police Dept. and the Sheriff of Columbia County.  At the end of the Ceremony Those representing our Honor Guard were asked by hospital staff if we would perform the POW/MIA Ceremony in 2015.  A special thanks to Bea Bedingfield of the American Legion Post 57 Auxiliary for taking pictures of the proceedings.

On Saturday, September 20th the POW/MIA ceremony was held at the American Legion Post 57.  and opening comments were given by the Commander of the Post.  The Prayer was led by the Chaplin of the SAL and the colors were posted and the Pledge of Allegiance was led by the Honor Guard.  The Commander of the Honor Guard conducted the POW/MIA ceremony assisted by Charlie Lehman after which a supreme meal was provided for all by the Riders Club.

For God, Country, Community and you

Commander of the Honor Guard 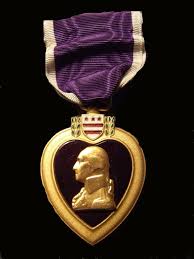